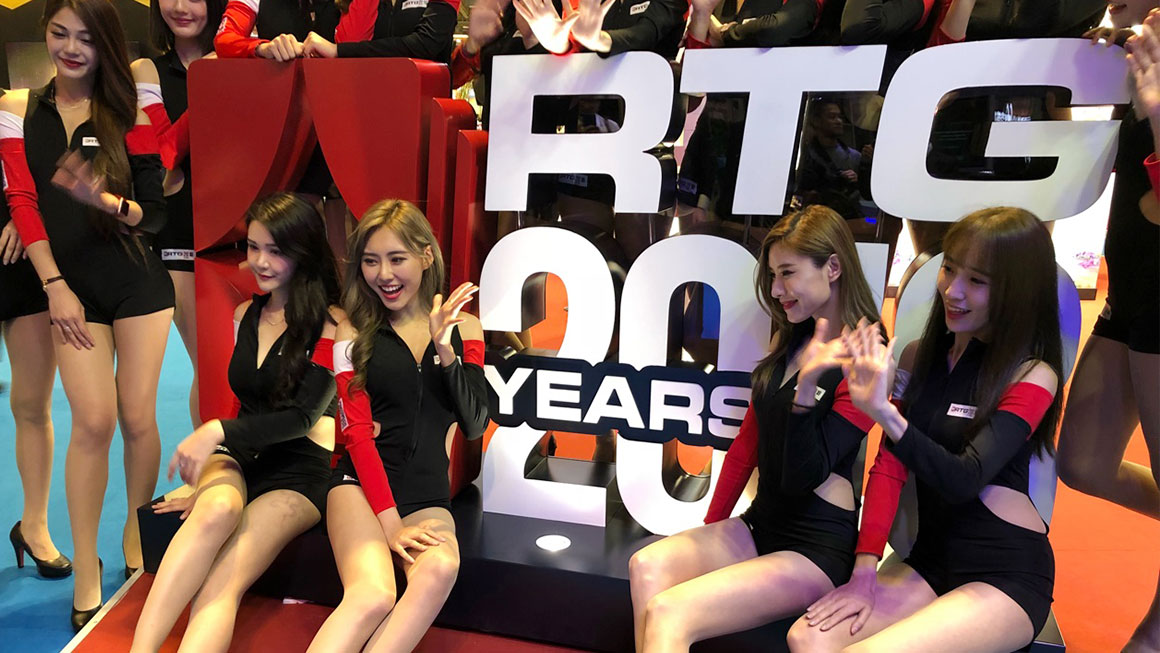 A huge thank you to  everyone who visited the show and joined our party (more on that later, we’re still piecing bits of memories together). You’ll be hearing from our team shortly as we are getting our new initiatives rolling fast.

While there were over 100 suppliers showing slots, slots and slots, RTG Asia was the only supplier delivering “More Than Just ‘More Slots.’” With our focus on improving player lifetime value, visitors to the stand got to try our games and win prizes celebrating Real Time Gaming’s 20th anniversary while experiencing one of our new RTG Engage mechanics, a pop-up Lucky Wheel Jackpot. This is just one of RTG Engage’s mechanics that are triggered by player behaviour.

Definitely a highlight for many of the attendees was the arrival of our brand ambassador, the beautiful and popular Taiwanese “web J” Sprite The paparazzi were all over her and our unveiling of her new mermaid persona to be released in her game next quarter. Did she steal the show? Certainly felt like it while she was at our stand.

We also unveiled two great new “generation 2.0” games, San Guo Zhang Tsa (Three Kingdoms) and Tian Di Yuan Su (Five Elements). Both represent the influence of RTG Asia in our continued push for game development specifically for the Asian market. Great themes, great music, great maths and more animations in the background, on the reels, on and across the symbols.

Finally, visitor after visitor was impressed with our demo version of Fish Attack in 4D. This is the first 3D fish game that plays in portrait on your mobile and actually vibrates in your hand if the fish hits YOU before you hit it. More than once we heard “this is a game changer!”

So with a successful show behind us and a pipeline full of new partners, it’s going to be busy summer…. You’ll be hearing from us, and your rep, again soon! 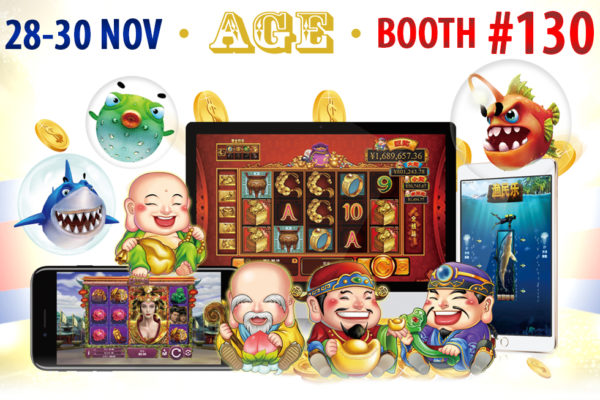 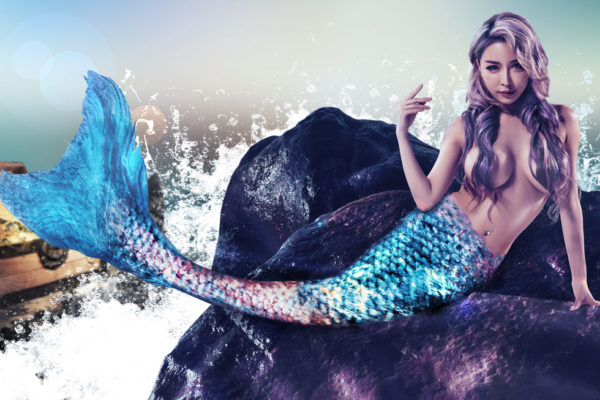 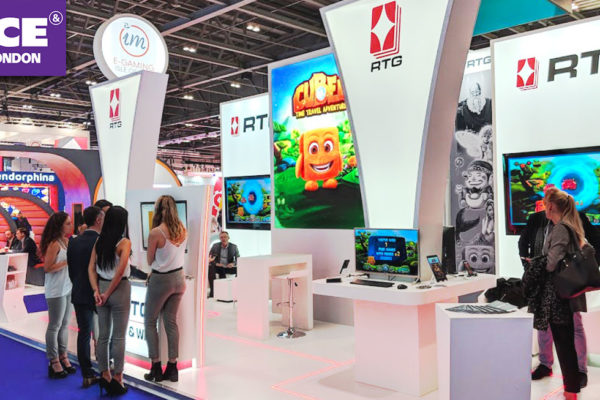